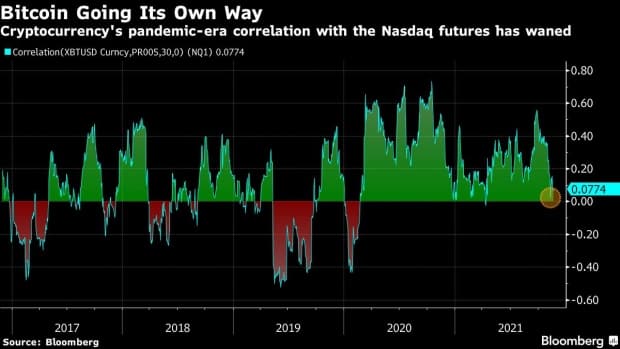 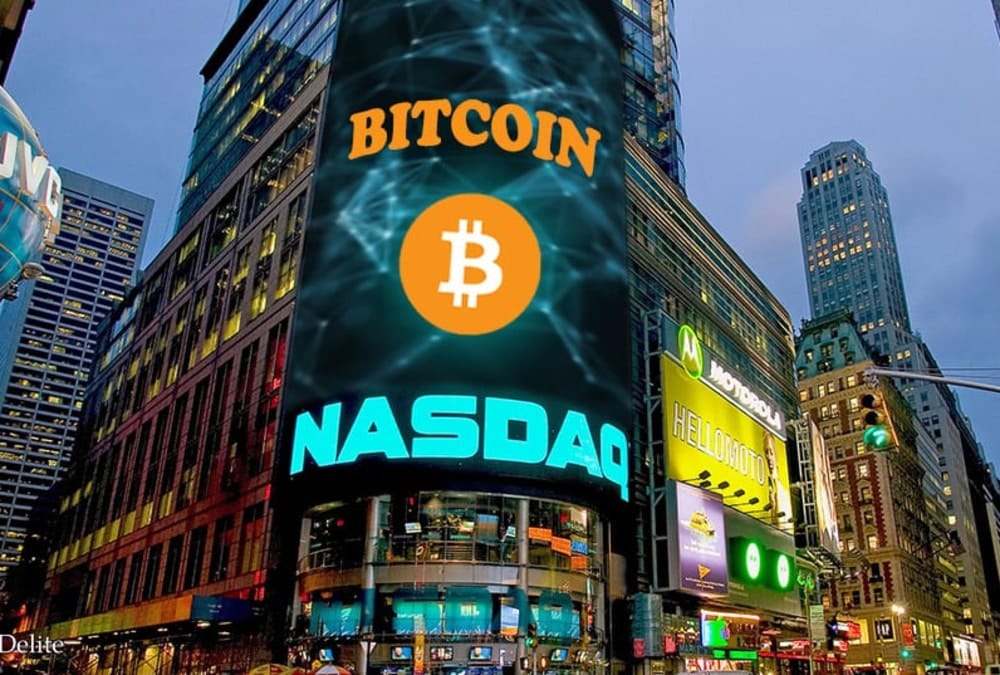 The world’s largest cryptocurrency Bitcoin (BTC) has moved so far moved in a greater correlation with the U.S stock markets. Besides, several institutional players have also been gaining exposure to BTC over the last few months.

As per the recent report from Bloomberg, Bitcoin’s pandemic-era correlation with Nasdaq 100 has dropped to near zero in recent days. The correlation was at a peak ack in September 2021 which suggested that Bitcoin and tech stocks were moving parallel. The correlation between the two always remained positive since February 2020.

Since the end of September 2021, Nasdaq is up 11%. On the other hand, Bitcoin is up by 40%. This happens as the world’s largest cryptocurrency claims the role of an inflation hedge. Bitcoin’s recent price rally moving closer to $70,000 has been attributed to the rising price pressure in the global economy.

While many players claim Bitcoin to be a hedge asset, its recent volatility has raised doubts once again. The BTC price has corrected more than 10% from its all-time high and is currently trading under $60,000.

Speaking to Bloomberg, Carsten Menke, head of next-generation research with Bank Julius Baer in Zurich, said: “The lack of a consistent and negative correlation between Bitcoin and equities clearly suggests that Bitcoin is not yet a safe haven”. He further added that stressing in times of financial market stress, Bitcoin tends to suffer like other riskier assets.

Esme Pau, an analyst with China Tonghai Securities in Hong Kong, has a contrary view. Pau calls Bitcoin (BTC) a “sensible” way of buffering against inflation.

“I would urge investors to focus on the longer-term trend, and do not think short-term changes in correlation should be considered representative,” she said.

The post Bitcoin (BTC) Ends Its Pandemic-Era Correlation With Nasdaq, Here Is What It Means appeared first on Coingape.