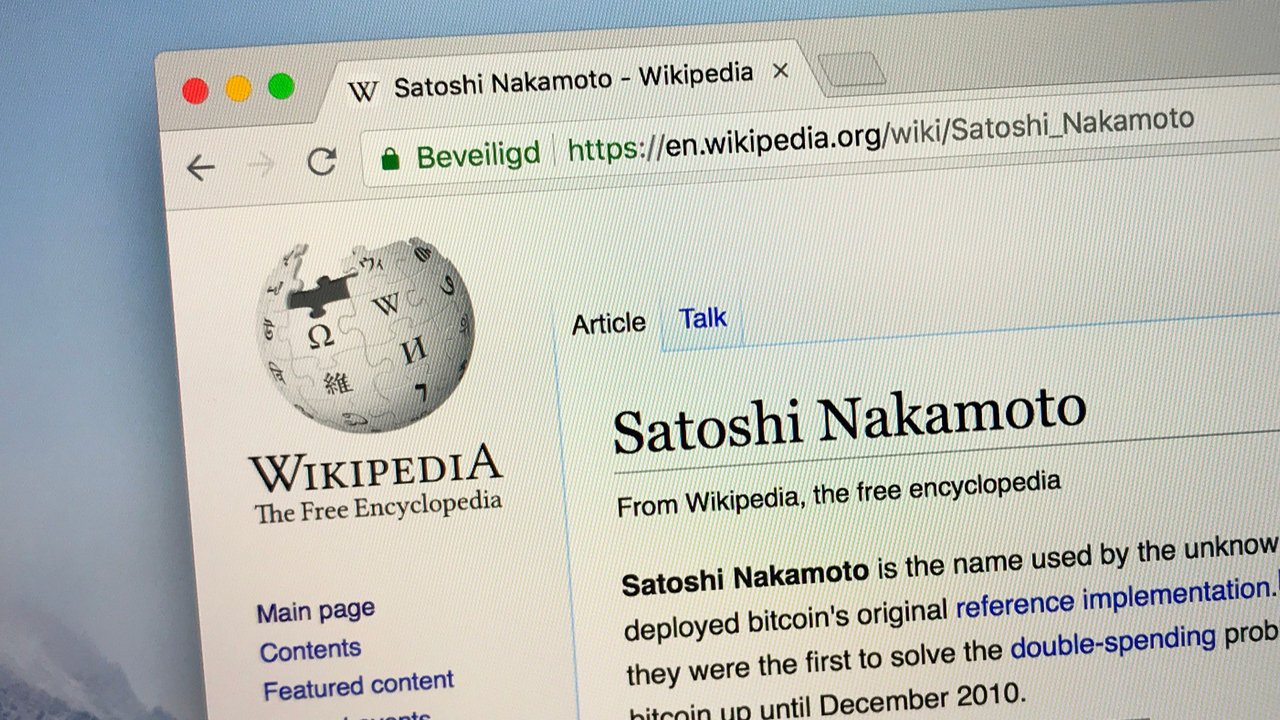 Following Mozilla’s decision to pause crypto donations due to environmental concerns, a number of Wikimedia Foundation community members have submitted a proposal that asks the foundation to stop accepting digital currency donations. The proposal explains that crypto donations “signals [an] endorsement of the cryptocurrency space,” and also says that “Cryptocurrencies may not align with the Wikimedia Foundation’s commitment to environmental sustainability.”

Proposal Claims Cryptocurrencies May Not Align With the Wikimedia Foundation


Members of the Wikimedia Foundation are voting on a proposal that could stop the foundation from accepting digital currencies like bitcoin and ethereum. The U.S. non-profit started accepting crypto assets in 2019 via Bitpay. “We accept donations globally, and we strive to provide a large variety of donation options. It’s very important that we can get international donations processed in ways that are efficient and cost-effective,” Pats Pena, director of payments and operations at Wikimedia Foundation said at the time.

However, a proposal submitted by the user dubbed “Gorillawarfare” claims that accepting crypto donations goes against specific Wikimedia Foundation principles. “Cryptocurrencies may not align with the Wikimedia Foundation’s commitment to environmental sustainability. Bitcoin and ethereum are the two most highly-used cryptocurrencies, and are both proof-of-work, using an enormous amount of energy,” the proposal says.

While the proposal mentions the Cambridge Bitcoin Electricity Consumption Index it leverages a lot of the research done by the Digiconomist’s Bitcoin Energy Consumption Index. The proposal seems to have a lot of support as voting members left comments signaling affirmation. “Long overdue. Accepting cryptocurrency makes a joke out of the WMF’s commitment to environmental sustainability,” Wikimedia user Gamaliel said. However, not everyone agreed and in fact, there are a great number of people who voiced the opposite opinion. In reply to Gamaliel’s statement, for instance, one person wrote:

Are you aware that the traditional banking system also uses energy?

Individual Insists ‘Each Point Is Untrue and/or Misleading’


There is some discussion from a few people’s submitted comments that insists Wikimedia Foundation members should realize the U.S. dollar is backed by significant amounts of carbon energy and worst of all, state-enforced violence. One person explained that each point that Gorillawarfare brought up in the proposal “is untrue and/or misleading.” For example, the point about being aligned with the crypto industry’s so-called values. The individual retorted that “this is not true, any more than accepting USD signals endorsement of the U.S. Dollar or the U.S. Government.”

In reply to the environmental concerns Gorillawarfare introduced in the proposal, the individual explained that the proposal’s point is conflated. “The proposal conflates the existence of Bitcoin to merely using it,” the Wikimedia Foundation member Awwright opined. “The proposal does not demonstrate that dropping acceptance of Bitcoin (or other cryptocurrency) will actually have an effect. As a technical matter, there is no direct relationship between making a Bitcoin transaction and energy usage (that’s significantly more than the domestic banking system).”


Furthermore, there are many complaints about Gorillawarfare citing the Digiconomist, as the researcher’s work has been widely dismissed over inaccuracies and extreme bias. “Digiconomist is a blog run by Alex de Vries, who is an employee of De Nederlandsche Bank NV (DNB), the central bank of the Netherlands, which is a direct competitor to Bitcoin,” one of the comments against Gorillawarfare’s proposal notes. Another individual explained that the Digiconomist’s work is inaccurate, as many others have discovered, and the Digiconomist’s work is loaded with discrepancies. One individual wrote:

Digiconomist isn’t just biased and conflicted. De Vries is self published, has no editorial review process and he has a poor reputation for fact-checking and accuracy.


At the time of writing, there’s a myriad of individuals who are against the proposal submitted by Gorillawarfare, but the lion’s share of the votes and comments support the idea. It seems the crypto community and proponents of proof-of-work (PoW) must work harder to dispel the myths that are circulating from mainstream media pundits, the old financial guard, and ​​paid opposition researchers.