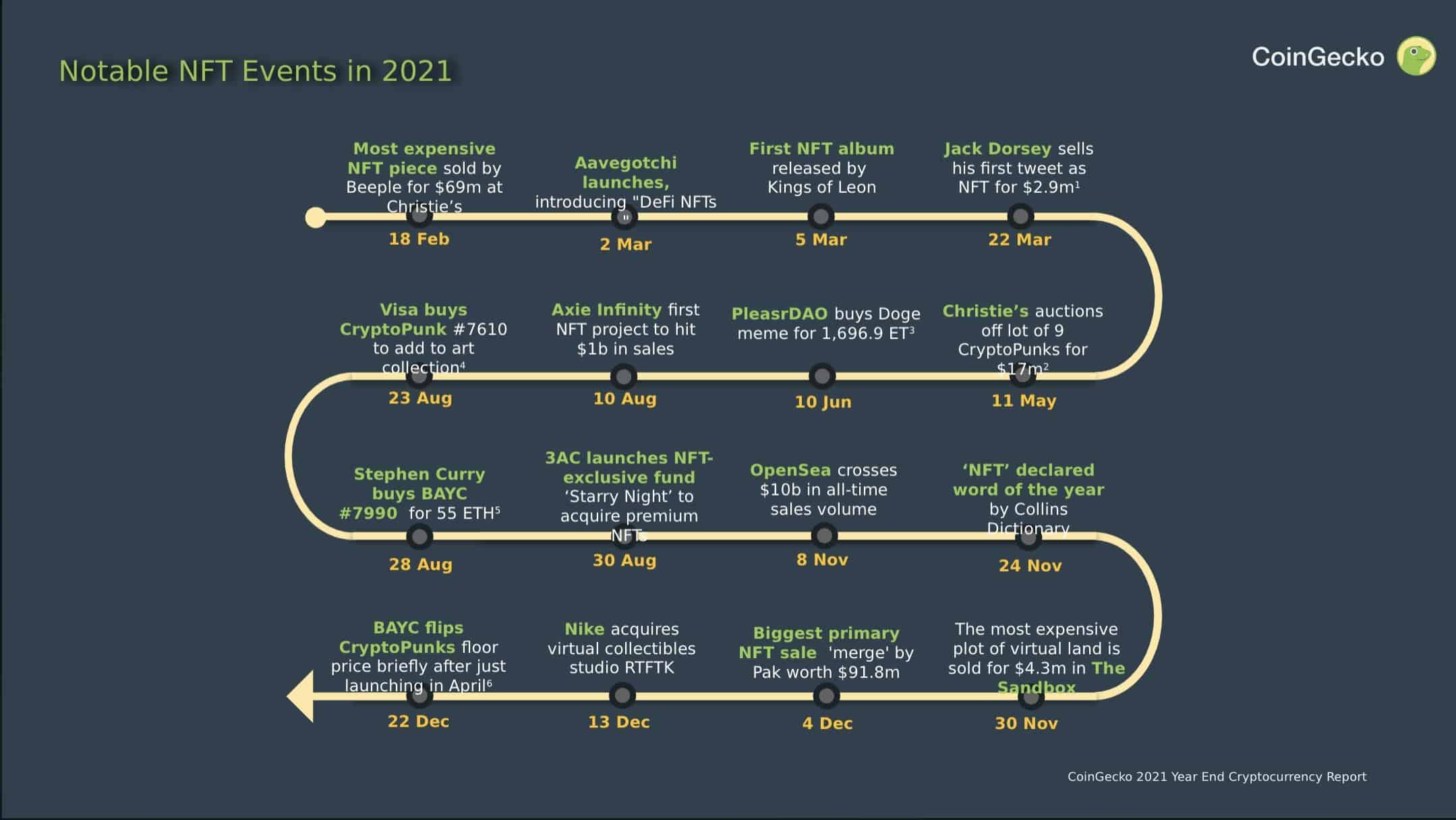 CoinGecko’s 2021 report noted that DeFi managed to branch out from Ethereum onto other chains at a rapid pace. The NFT market, on the other hand, saw a meteoric rise thanks to the complementary areas of metaverse and GameFi.

According to the latest report by CoinGecko, the market cap across the decentralized finance protocols grew by 7.5x from $20 billion to $150 billion in 2021. Its dominance has more than doubled from 2.8% to an all-time high of 6.5%.

The emergence of DeFi 2.0, activated by new-generation products that seek to ramp up the designs of existing protocols, resulted in a thriving final quarter of the year. The report also mentioned that the rise of incentives for new alternative EVM networks, including Cronos, Aurora, and Boba, has further bolstered demand for DeFi tokens on these blockchains.

Towards the end of the year, the crypto market continued to oscillate between fear and extreme fear. This sentiment seeped into the DeFi space as well, which led to the market cap retrace from an all-time high of $174 billion in November.

The DeFi sector underwent massive change throughout the year. For one, Ethereum and Binance Smart Chain emerged as the Q1 winners. The following quarter saw EVM-based networks such as Polygon and Fantom gain prominence as they evaded gas fees and network congestions. In Q4, non-EVM chains such as Solana and Terra gained traction.

CoinGecko observed that the total TVL for the two blockchain networks grew by 5% and 7%, respectively. Ethereum continues to retain its position as the market leader. But it does not come off as surprising that the blockchain is steadily losing its dominance, thanks to the emergence of viable alternatives.

Besides, yield aggregators and insurance sectors gained the upper hand while regular bigwigs such as DEXes, oracles, and lending platforms suffered losses.

OpenSea accounted for a majority of 61%, while Axie Infinity contributed 17%, followed by Crypto Punks at 10%. Although non-fungible tokens have been around for some time now, it wasn’t until the “NFT Summer” that the trading volume saw considerable growth.

Leading the growth for NFT trading activity were Ethereum and Ronin chains. The combined market share stood a whopping 88%. Other layer 1 protocols such as Polygon and Solana quickly caught on the trend and expanded their NFT capabilities.

Meanwhile, CryptoPunks managed to hold on to its position as the “collection with the highest floor price” by the year-end even after being briefly flipped by Bored Ape Yacht Club (BAYC).

Some of the crucial highlights of the NFT sector was Jack Dorsey’s first-ever tweet, World Wide Web source code, entry of iconic auctions houses – Christie’s and Sotheby’s, endorsements by – Snoop Dogg, Grimes, Post Malone, Big Brands like – Adidas, Nike throwing the hat in the ring, among others.