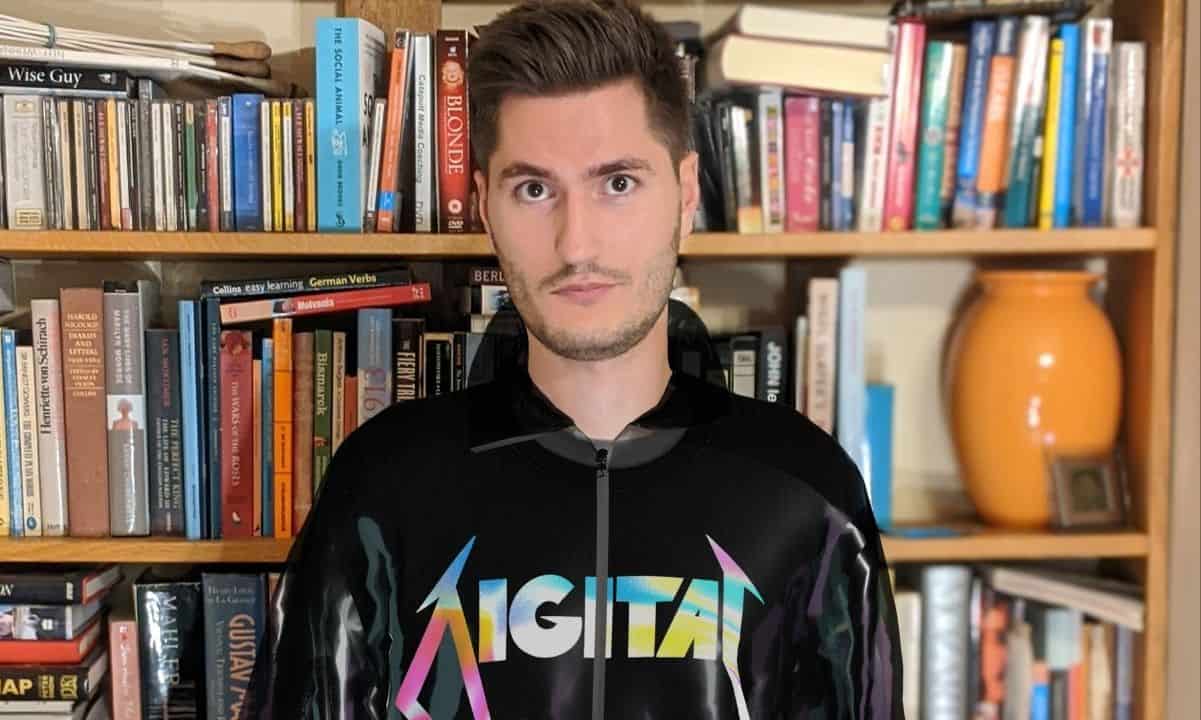 As a part-time philosopher of digital fashion, identity, and ownership, he gave a notable keynote address in 2020 on fashion, gaming, and blockchain while directing business development for Enjin, the team behind the ERC-1155 multi-token smart contract standard.

At the Paris Blockchain Week conference in April, CryptoPotato got the chance to talk to Alex Russman, Director of Hedera’s Consumer Engagement Fund, about the future of Web3, NFTs, HBAR, as well as the growing hype around the metaverse – especially HBAR’s $250M metaverse fund.

Hedera Hashgraph is a decentralized Proof of Stake (PoS) network built to power and govern a digital economy of Dapps, with a proprietary underlying technology and a unique consensus and governance model – one mediated by a consortium of 39 big-name partner organizations. Alex Russman told us the founders modeled it after Visa:

“One of the inherent challenges before the Hedera founders were determining the way to govern the network. They decided to follow the example of the original Visa council, which had up to 39 enterprise members and go out and say, ‘Look, we’re basically going to bootstrap a proof of state network using these global brands and their reputations.’”

Hedera partners are diversified by company, sector, and geography (as well as time, with a third of the partners rolling over at intervals). The Hedera Governing Council roster currently includes Wall Street heavyweights like Google, IBM, Boeing, and LG Electronics.

Comparing the Web3 network to competitors Polygon and Ethereum and contrasting it with Bitcoin and other digital scarcity coins, Russman says:

“Hedera, being third-generation distributed ledger technology, was about really meeting all of the legitimate use cases and the legitimate interest as it scales by providing a network that’s actually architected for large scale adoption and large scale use.”

Of the many billions of US dollars worth of HBAR allocated to expand and cultivate the Hedera Hashgraph ecosystem last year, Alex Russman oversees the growth fund’s first campaign.

It’s a $250 million initiative to invest in metaverse projects. Russman told us, “​​the fund was previously called the consumer engagement fund because it’s about bringing new users, bringing all of that kind of Web 2 audience into Web 3.”

The main problem this project seeks to address? Russman characterizes it thusly:

“Look, Web 3 is fantastic, it’s definitely going to scale, but we don’t have any of the depth of tooling and infrastructure that the Web 2 world has.”

Here’s the process he says developers can go through to secure a grant from the Hedera Hashgraph metaverse fund:

“You would apply through our foundation portal and then, roughly, we have three types of grants. There’s application development – you are helping builders work with integrations in terms of funding, like helping builders, you work with technology, integrating Hedera into their project. Then there’s more consumer engagement type grants.

So, either rewarding or helping bring users onto a platform or into an ecosystem. And then the third part is market development funding – helping these business ecosystems grow their business by bringing on new projects or brands into their ecosystem.”

NFTs: Will Play a Critical Role

Russman described the metaverse as a virtual place where “we can seamlessly move, and it’s about the lack of friction.” He believes that some of the digital experiences will overlay one another, but the physical will remain a very important realm.

“Everything will just work together and function together. For me – it’s about the lack of friction moving between those spaces and worlds.”

He also believes that NFTs will play a critical role and will translate into sort of credentials that are transferable between different platforms in a frictionless manner.

When it comes to Hedera’s role in all of this, Russman concluded: