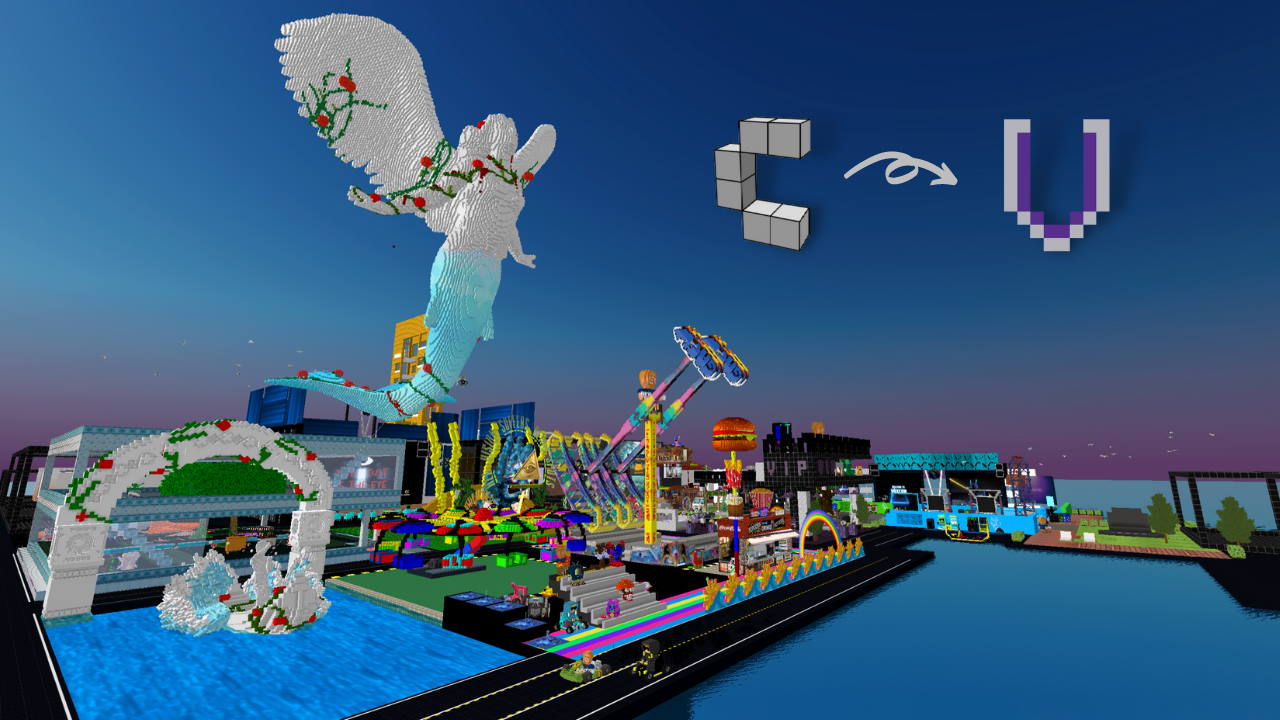 PRESS RELEASE. Cryptovoxels, one of the most significant players in the metaverse space, is rebranding to Voxels. The rebrand will happen on May 3rd at 8pm EDT (May 4th at noon New Zealand time).

One of Web 3’s most popular communities, Cryptovoxels is a metaverse on the Ethereum blockchain where players can own land, and build and develop online experiences. The user-owned virtual world already hosts a number of art galleries, stores, and party spaces.

Far from a mere name change, the rebranding to Voxels represents a pivot to a wider-spread audience that caters to those unfamiliar with cryptocurrency for the New Zealand-based platform. Web 3 promises a whole new internet experience and the metaverse stands at the epicenter of that promise.

As interest in the metaverse expands, it is attracting the attention of more and more mainstream brands, companies, and sectors. With the rapid growth of metaverse platforms, Cryptovoxels is broadening its user base horizon from those familiar with cryptocurrency and blockchain technology to a more mainstream audience.

As Founder Ben Nolan explained, “Cryptovoxels was founded on April 1st, 2018, before NFTs hit the mainstream. We are honored to have released around the same time as Cryptopunks and Cryptokitties. The word “crypto” can have a negative connotation in the public’s mind, and yet the future of decentralization is bright and we believe in user sovereignty. Cryptovoxels is Voxels. We are rebranding to match our focus of embracing the growth and culturel of Web 3.0.”

The Rationale Behind the Rebrand

Cryptovoxels has already established itself as a prominent metaverse in the ecosystem. According to data from MetaCat, Cryptovoxels ranks fifth in terms of parcel sales volume ($38MM) and total parcels sold. The platform is regularly ranked just behind Decentraland and The Sandbox in terms of its popularity and user base.

Cryptovoxels land is more scarce than that of its competitors, allows users to build on free spaces and submit wearables to public collections for free, and is also mobile-friendly.

Leveraging its position as a leading metaverse in the market, Cryptovoxels – soon to be Voxels – intends to broaden the benefits of Web 3 to Web 2 users, non-crypto users, and to accommodate the growing interest in the metaverse among corporations and brands.

Voxels will retain the indie feel of Cryptovoxels while pursuing further growth and development. With the metaverse platform seeing a continued expansion of players as we add themed islands, mini-games, and stories. A new character that has been created, VIDDA, the artificial intelligence heart that gives inspiration to new people in the game, has become a symbol of the rebrand, representing a commitment to visuals, intent, design, direction, and atmosphere.

Cryptovoxels was the world’s first metaverse ever released. On the rebrand, Lead Developer and Product Owner Benjamin Larcher said that “As a brand, Cryptovoxels grew extensively and maintained an image as the most user-friendly and accessible metaverse. I have been privileged to be a part of this growth, both as a player and as a developer. Today, Cryptovoxels becomes Voxels. We have been fortunate to work with brilliant minds in the community and in the company, and are grateful as they’ve made us what we are today. I am committed to continuing to enhance the Voxels experience. This includes performance improvements, more accessibility, more features, and most importantly, more value to the community. As a player, I am eager to see Voxels become a better Cryptovoxels.”

Kicking Off The Newly Created Voxels

While Voxels’ new website won’t be launched until the second half of the year, the rebrand on May 3rd will be celebrated with the launch of VoxCon, the newly created Voxels headquarters in the metaverse, on Andromeda Island.

VoxCon will host a show to celebrate, with music, two DJs, and an AMA with Ben Nolan and Benjamin Larcher. Any logged-in attendee who signs the Guestbook on the Giving Tree by the entrance will receive at least a dozen collectibles: wearables for their avatars.

Cryptovoxels will officially become Voxels – as indicated by a soon-to-be-revealed new logo – on May 3rd, 12am UTC, 8pm EST (May 4, 12pm NZT).

Cryptovoxels – soon to be Voxels – is one of the original metaverse platforms in the blockchain sector and boasts a thriving community of players and landowners. Its user-owned virtual world based on the Ethereum network offers visitors a range of experiences, including art, design, music, and other immersive virtual experiences.