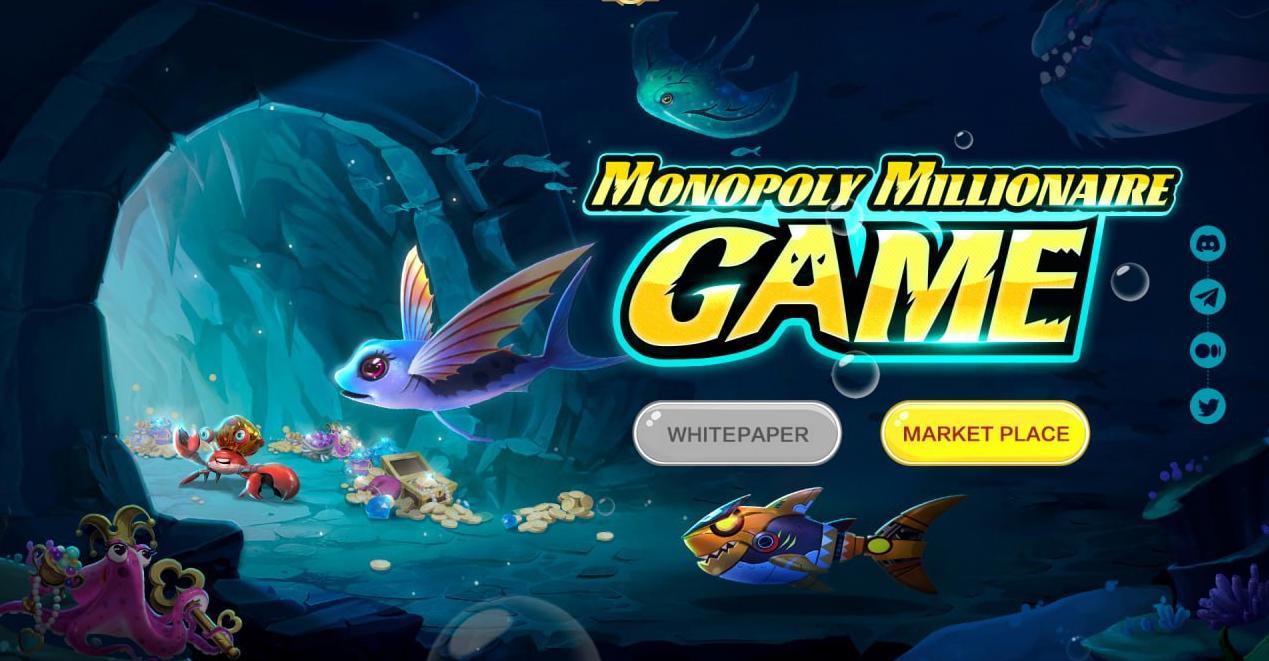 PRESS RELEASE. The gaming ecosystem has been at the forefront of the NFT and other blockchain innovations’ adoption. However, despite the impact of the play-to-earn gaming model in driving blockchain adoption, it has been highly criticised due to most gaming projects’ models.

It is believed that blockchain games sacrifice the quality of the gaming experience with the opportunity to earn or make more playing these games. Is this the truth? Well, yes. Although this might have been the norm but, with the evolution of blockchain games, the narrative is changing.

This article will dive into a new blockchain gaming project preserving both the play-to-earn model and the quality of user experience. The game is called MMG (Monopoly Millionaire Game).

What is MMG(Monopoly Millionaire Game)?

The Monopoly Millionaire Game is a marine-themed game that involves island construction, cultivating, shooting, and many more. The game is based on BSC Chain’s GameFi-NFT P2E model, where MMG tokens can be obtained by hunting marine creatures in games.

The game has two types of tokens, MMC, the governance token; MMG, the game token; and Cannon, the in-game NFT. According to the official report, the Monopoly Millionaire Game will be pre-released on May 25. By holding the NFT, players can participate in games that require them to hunt marine creatures to earn $MMG for P2E.

In addition, to play the game, players expend gold coins (similar to the game’s concept of physical strength) and launch cannonballs. The game awards users ($MMG, gold coins, and mystery treasure chests) based on interactive data (such as game length and hunted objects) and algorithms. The number of game awards is proportional to Cannon NFT’s qualities and game data. If you understand the game’s reward system, you’ll understand how to find an appropriate Cannon NFT for the game.

MMG has different means and models of earning, with the economic model based on the NFT life cycle mechanism, Project Defi dividends, and $MMG output. These three models guarantee an ordered manner of P2E for every player.

Also, the Cannon NFT has eight-star levels, with each star level corresponding to a distinct $MMG return, gift gold coin, and life cycle. In addition to this, the highest return period in the MMG game environment is fixed, and gamers who own Cannon NFT can earn DeFi daily when they log in.

Furthermore, the income comes from the built-in fish pond (fund pool) in the game. The funds in the fish pond represent 120% of the current NFT mystery box revenue (settled in $MMG). 20% of it is derived through “project party governance token dividends + secondary market service costs, etc.”

The market value of each cannon strongly influences the figure.

Throughout the article, we have mentioned how the token is essential to participate in the ecosystem’s activities. MMG operates on a dual-token economic architecture, with $MMC serving as the governance token and $MMG serving as the gaming token, as earlier explained.

Getting started on MMG

Exploring MMG involves very basic steps. First, install the game by downloading it from the official website. Next, open Google Chrome and download the Metamask wallet plugin. If you are new to cryptocurrencies, carefully copy your mnemonic (12 words in order).

Like every blockchain project, it is important to always do your own research.