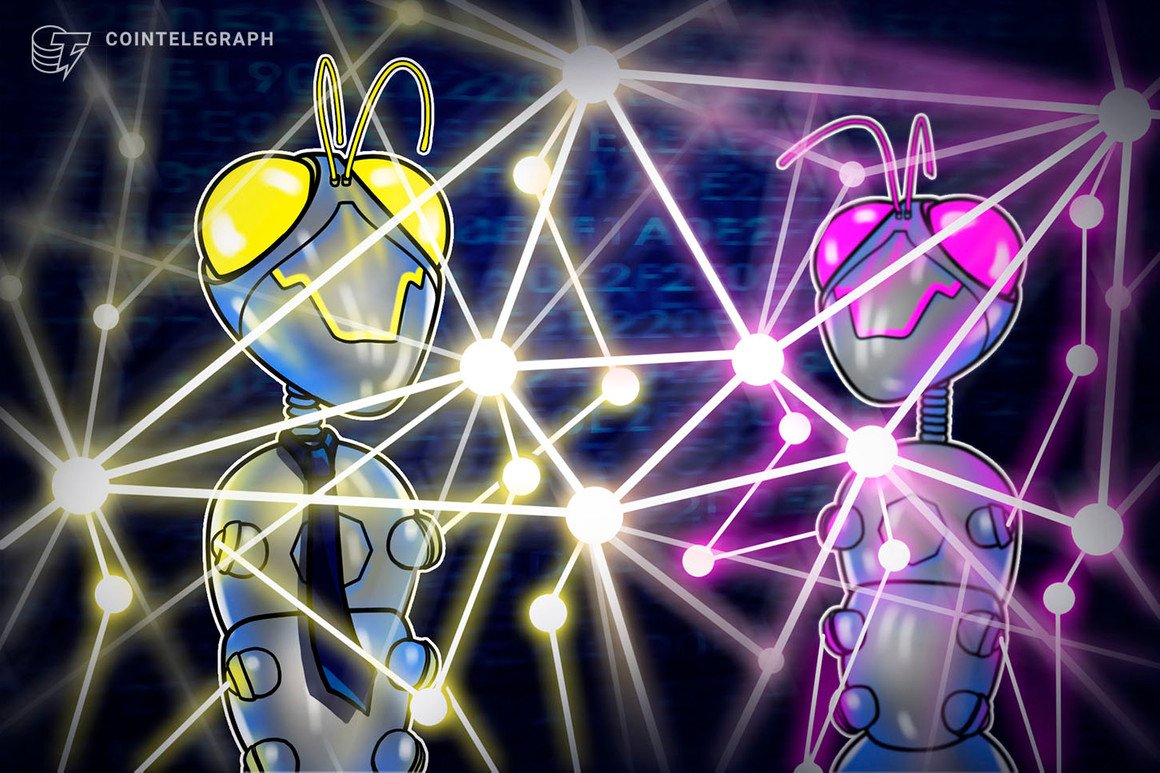 Ethereum has proven to be a formidable force. While its major issues have spawned other coins aimed at addressing them, Ethereum looks to shed its old skin with the release of Ethereum 2.0.

Despite the fact that Ethereum was created six years after Bitcoin (BTC) and the introduction of blockchain technology, the digital asset Ether (ETH) has grown to be the second most valuable cryptocurrency in terms of market capitalization, surpassing coins such as Litecoin (LTC), Ripple (XRP), Dash (DASH) and Monero (XMR), which were launched before it.

The technology behind the Ethereum blockchain is the primary reason for its meteoric rise.

Vitalik Buterin, the Canadian-Russian programmer and co-founder of Ethereum, explained to Business Insider that the Ethereum blockchain is intended to address Bitcoin’s “limited functionality.”

The Ethereum blockchain seeks to foster innovation by enabling the development of decentralized applications (DApps). This is the foundation of nonfungible tokens (NFTs) and the Metaverse concept.

While Ethereum has solved the problem of limited functionality, it hasn’t addressed some of the major concerns associated with Bitcoin and most blockchains because it relies heavily on the proof-of-work (PoW) consensus.

Low scalability, network congestion, high gas fees and environmental concerns are some of the major issues, all of which are related to the PoW consensus mechanism used by Bitcoin and Ethereum.

As a result, Ethereum has been making preparations to transition to proof-of-stake (PoS) for some time now in the soon-to-be-launched Ethereum 2.0.

Proof-of-work as a consensus mechanism uses mining to verify transactions. The computers in the network must solve a puzzle, and the first to do so gets to validate the most recent transaction and add it to the blockchain. The network rewards the first person who solves this puzzle and verifies the transaction with a token.

While PoW contributes to the security of the blockchain, the issue with this consensus mechanism is its association with mining. The computers involved in mining use a significant amount of energy while attempting to solve these mathematical puzzles.

According to data from the University of Cambridge, Bitcoin consumes more power than Argentina, the Netherlands and the United Arab Emirates. This raises significant environmental concerns.

Furthermore, due to the reliance on mining, blockchains like Ethereum that run a large number of transactions are slow in terms of transaction speed, resulting in network congestion and, as a result, higher gas fees.

Moreover, PoS eliminates the environmental issues associated with mining, allowing transactions to be completed faster and at a lower cost.

The birth of Ethereum killers

Ethereum killers are networks that seek to unseat Ethereum by addressing its blockchain issues such as low scalability, high fees, low transactions per second (TPS) and environmental concerns. They intend to accomplish this through the use of the proof-of-scale consensus mechanism. Cardano, Solana, Polkadot and Tezos are among the most well-known.

Cardano, for example, employs Ouroboros, a consensus and security protocol based on PoS. The Cardano blockchain is highly scalable thanks to the use of Ouroboros, allowing for faster transaction speeds and lower fees.

Furthermore, Cardano’s Hydra project aims to increase its speed by more than 300%. Currently, Cardano can process about 250 TPS. However, the developers are working on a scaling solution to aim for a 1,000 TPS. The Cardano blockchain is energy efficient and addresses the environmental concerns associated with the Bitcoin and Ethereum blockchains because it uses a PoS consensus mechanism.

Cardano also has 579 decentralized applications (DApps), according to Cardano ecosystem tracker Cardano Cube. This number is much lower than Ethereum’s nearly 3,000 DApps with more than 50,000 daily active users and 126,000 transactions per day, according to State of the DApps.

Tezos is another contender that stands out due to its unique governance model.

Tezos, unlike other blockchains, is self-governed in the sense that users are given the opportunity to upgrade and make design decisions. Because the governance is in the network itself rather than a development team, it has been dubbed “the blockchain designed to evolve.”

Tezos also uses PoS in addition to its liquid proof-of-stake (LPoS) mechanism, which enables coin holders to transfer validation rights of their tokens to another user without necessarily losing ownership.

Furthermore, Tezos has an upgrade ahead called Octez v13 that, according to the team, will increase its transaction speed from 215 TPS to nearly 1,000 TPS.

The Solana blockchain is compromised on a fundamental building block of blockchain technology known as decentralization in order to achieve faster transactions and a more secure blockchain. It does this by incorporating a core node in the network that acts as a secure determinant of time that the entire network agrees on, which is known as proof-of-history (PoH).

To achieve even faster transactions, Solana employs a PoS consensus mechanism called Tower BFT, which is based on the PoH mechanism. Also as the blockchain with the highest staked value of $37 billion, Solana can process up to 50,000 TPS with very low fees, ranging from $0.00001 and $0.00025.

However, several reports have surfaced of Solana transactions failing due to instability. Major network congestion in the Solana blockchain occurred sometime in January and lasted for more than 30 hours, resulting in transaction failures and subsequent liquidations. This was a result of bots spamming the network with duplicate transactions.

Solana still doesn’t have many DApps onboarded. According to DappRadar, the largest PoS blockchain has only 71 decentralized applications in different categories including decentralized finance (DeFi), gaming and decentralized exchanges (DEXs).

It’s also important to note that Solana is one of the largest platforms for nonfungible tokens (NFTs). According to CryptoSlam, Solana’s 24-hour NFT sales volume roughly touches the $23 million mark at the time of writing.

Ethereum has planned to switch to PoS from the start, and significant preparations have been made. The Ethereum 2.0, or Serenity upgrade, aims to increase the scalability of the Ethereum blockchain, improving transaction speed and lowering the gas fees.

Eth2 will be implemented in three stages.

The first phase dubbed the Beacon Chain went live on December 1, 2020, signaling the start of the upgrade. Holders are given the opportunity to stake their tokens during the Beacon Chain phases while the launch is being completed.

The second phase which is slated to happen in Q2 2022 is called The Merge, which will incorporate the Beacon Chain into the Ethereum mainnet

George Harrap, co-founder of Step Finance, however, believes that transaction throughput and fees are still going to be an issue for Ethereum regardless, noting that these are likely to be solved in years to come even though other blockchains and layer 2s have done “exceptionally well” in combating them.

Harrap told Cointelegraph that “Ethereum has a long way to go to be competitive there, but The Merge is progressing nonetheless.”

Bart, pseudonymous community moment and operation supporter of Harvest Finance, thinks that The Merge is a step forward in solidifying Ethereum as the original blockchain and “the chain” to use. He told Cointelegraph that layer-2s like Arbitrum or Optimism will continue to grow in strength. “Alt-chains like Polygon, Avalanche and Solana have seen strong growth recently and I expect this to continue even after The Merge.”

“The biggest impact for users is now anyone will be able to become a validator — as long as you have 32 ETH. This is one of the main draws for switching to proof-of-stake. Proof-of-work requires more technical capabilities, knowledge and hardware to set up,” Bart told Cointelegraph.

On the other hand, Komodo chief technology officer Kadal Stadelman doesn’t seem very optimistic about Eth2. Stadelman told Cointelegraph that major Ethereum killers will still thrive even after The Merge happens because they have “the major advantage of extremely low gas fees for end-users.” He noted that “the upcoming merge won’t reduce gas fees on Ethereum. It will only change how blocks are produced,” he said, adding:

“I don’t think that The Merge alone will lead to an influx of new Ethereum-based projects. Until Ethereum gas fees are reduced significantly, projects will probably adopt Ethereum layer-2 solutions, rather than layer-1. The more likely scenario is that new projects will continue to use alternative blockchain networks that offer layer-1 scalability and Ethereum Virtual Machine/Solidity compatibility.”

Speaking on data validation post-Merge, John Letey, co-founder of KYVE, told Cointelegraph that “while many people are looking at a variety of changes that The Merge will bring, what it means for data validation, while important, has not been a topic of the discussion.”

Related: Has New York State gone astray in its pursuit of crypto fraud?

Once The Merge takes place, according to Letey, historical data won’t be required for validating the chain. This means there will be no incentive for nodes to carry this data around. Hence EIP-4444 was born, a proposal to automatically prune data older than one year. In other words, full nodes and Remote Procedure Call (RPC) endpoints won’t be able to sync from the chain directly and will have to rely on centralized endpoints.

“As such, new nodes will have to get their data from a snapshot. This means that services offering truly decentralized access to validation and storage will become vital for projects, rather than simply an option,” he added.

As the problems with the second-largest blockchain increase, the so-called Ethereum Killers see an opportunity. For example, Ethereum’s PoW working mechanism can process only 15 TPS while other competitors aim for thousands of transactions per second.

On the other hand, Ethereum 2.0 is said to be the solution to many problems with the current Ethereum mainnet. While the project is expected to be completed next year, the crypto community anticipates the second phase, The Merge this second quarter. It remains to be seen how thoroughly these issues will be addressed.