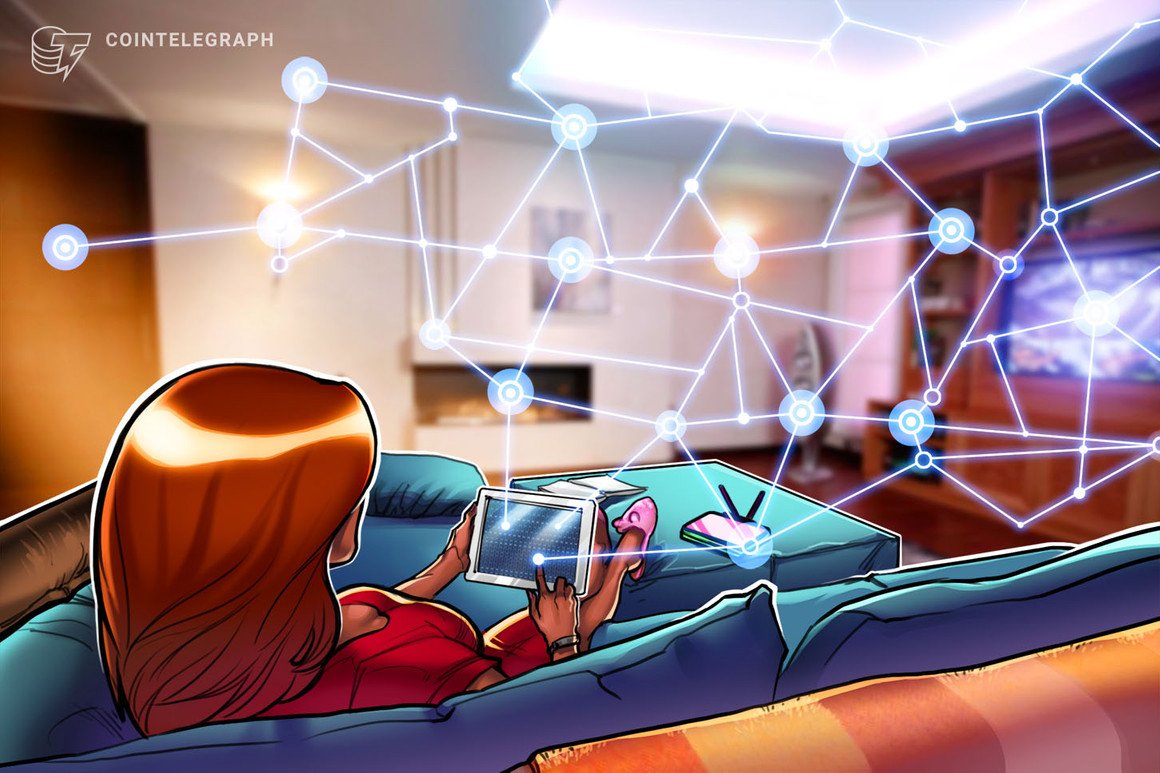 Blockchain technology is familiar to cryptocurrency users and national banks, and awareness of it is spreading fast to gamers. Applications in industry, particularly supply chain management, have been appearing as well. Through them, blockchain technology may improve domestic life in unseen ways, such as ensuring high-quality food, responsibly sourced seafood, or preventing the counterfeiting of pharmaceuticals. Nonetheless, the home may be blockchain’s final frontier.

Blockchain penetration at the household level is so far quite low, but day-to-day utility was no afterthought for blockchain developers. Christoph Jentzsch, Simon Jentzsch and Stephan Tual, who in 2016 created The DAO — the short-lived first decentralized autonomous organization (DAO) — introduced Slock.it, “the first physical implementation of blockchain technology,” the same year. Slock.it technology connected devices on the Internet of Things (IoT), such as locks and payments systems, in a secure, non-intermediated manner that could be used, for example, for renting objects and property. In 2019, Slock.it was acquired by Blockchain.com, which continues to offer those services to this day.

Getting IoT devices to interact is a formidable challenge. It is being addressed on a global level, but the problem is felt in many homes, where the Amazon Alexa, Apple HomeKit, Google Assistant and Samsung SmartThings ecosystems may coexist without cooperating, along with smart devices that do not work with any of them. In an effort to make home smart technology more manageable, the Connectivity Standards Alliance, with 247 participants and 190 adopters, is creating Matter, an overarching blockchain-based connectivity protocol. Matter is expected to premiere this year, two years overdue.

Green energy is another area where blockchain can move from large-scale solutions to the household. Whygrene blockchain and cloud-based software let users create “virtual power plants” that essentially make them their own energy traders. The project is currently at the commercial pilot stage.

Whygrene is partnering with utilities and owners of solar panels, batteries and electric vehicles. Users who opt in through their electric company will be able to charge their EVs during off-peak hours of the day when energy prices are low. At peak hours, when prices are higher, they will discharge excess stored energy by selling it back to the utility.

Creator Patrick Phelps told Cointelegraph that EV drivers could potentially use Whygrene not only to cover the costs of charging their cars but even make a profit from it. Consumers would see credits or rebates in fiat currency, but behind the scenes, the system would run on a token called a CryptoJoule.

The Whygrene software could also be adapted to consumer demand response cases such as home heating and cooling, which is typically the largest household energy need. By using a home battery, the system could heat or cool the home off-peak just before the inhabitants come home from work or school. When demand spikes, it could switch off, saving the consumer money not only by conservation but also through the benefits of the virtual power plant. According to Phelps, new options will come online as battery technology improves.

Hit or miss in entertainment

Blockchain-based content delivery operators have tried to challenge traditional media with mixed success. Blockchain-based streaming platforms can claim a variety of advantages over Web2 technology, especially for music, such as a new economic model of Web3 live streaming that makes it more affordable and creators’ control over the product. Thus, Web3 is more amenable to niche markets, as it is more practical to stream smaller-scale events than before. Big-name talent and major corporations have gotten involved, too, but Web3 seems to pose little threat so far to the hegemony of cable TV and YouTube.

Unlike Matter, which would simplify the use of technology in the home, and Whygrene, which would allow users to opt in to a program run by a utility, blockchain-based entertainment requires some fluency in its technology by demanding payment in cryptocurrency or using nonfungible tokens (NFT) for ticketing or as souvenirs. Whether it will drive adoption is unclear. The emerging move-to-earn trend, based closely on the highly successful play-to-earn model and equally arcane for the non-crypto-savvy user, may hold greater evangelizing promise through the financial motivation it provides.

OliveX, a digital health and fitness company and a spinoff of games maker Animoca Brands, is an example of move-to-earn. It uses gamification, augmented reality and move-to-earn experiences to encourage exercise. Now in its alpha stage, OliveX’s Dustland Runner game is set in a dystopian future where the fate of the world depends on the main character running through a hellscape to deliver a parcel. In the real world, players are running with their smartphones in hand and headphones on. A Dustland Rider game for bicyclists is in the works as well, and there is a fitness-themed metaverse with corporate partners integrated into it.

OliveX co-founder and CEO Keith Rumjahn told Cointelegraph in a statement, “We are very excited about the upcoming iOS launch of our Dustland Runner app. We can finally demonstrate the power and potential of our game, encourage people to have fun and stay active, and incentivize players in the process.”

The game, unlike many of its competitors, requires no investment in an NFT to start playing, but it will eventually require players to own at least one of its Kettlemine NFTs to start earning. At the time of writing, a Kettlemine NTF costs a modest 0.0014 Ether (ETH), just under $4, on Animoca-owned OpenSea. Incentives are being created to encourage the purchase of more NFTs. Players receive “completion tickets” for doing their tasks, and the tickets will eventually be exchangeable for DOSE coins. “Details of the earning system will be introduced later,” the company told Cointelegraph.

Fitness enthusiasts who are lured this far into the cryptoverse can hold on to their hats as they are immersed in Operation Ape. OliveX purchased Bored Ape Yacht Club #8222, an ape known as Buster, who will become a character in Dustland. Owning an Operation Ape: Exclusive Access Pass NFT will allow players to exchange their DOSE for ApeCoin.

“By integrating Buster, another NFT project, into Dustland, we hope to foster a creative environment for players that promotes the spirit of collaboration and interoperability,” Rumjahn told Cointelegraph.

It’s what makes a house a home.