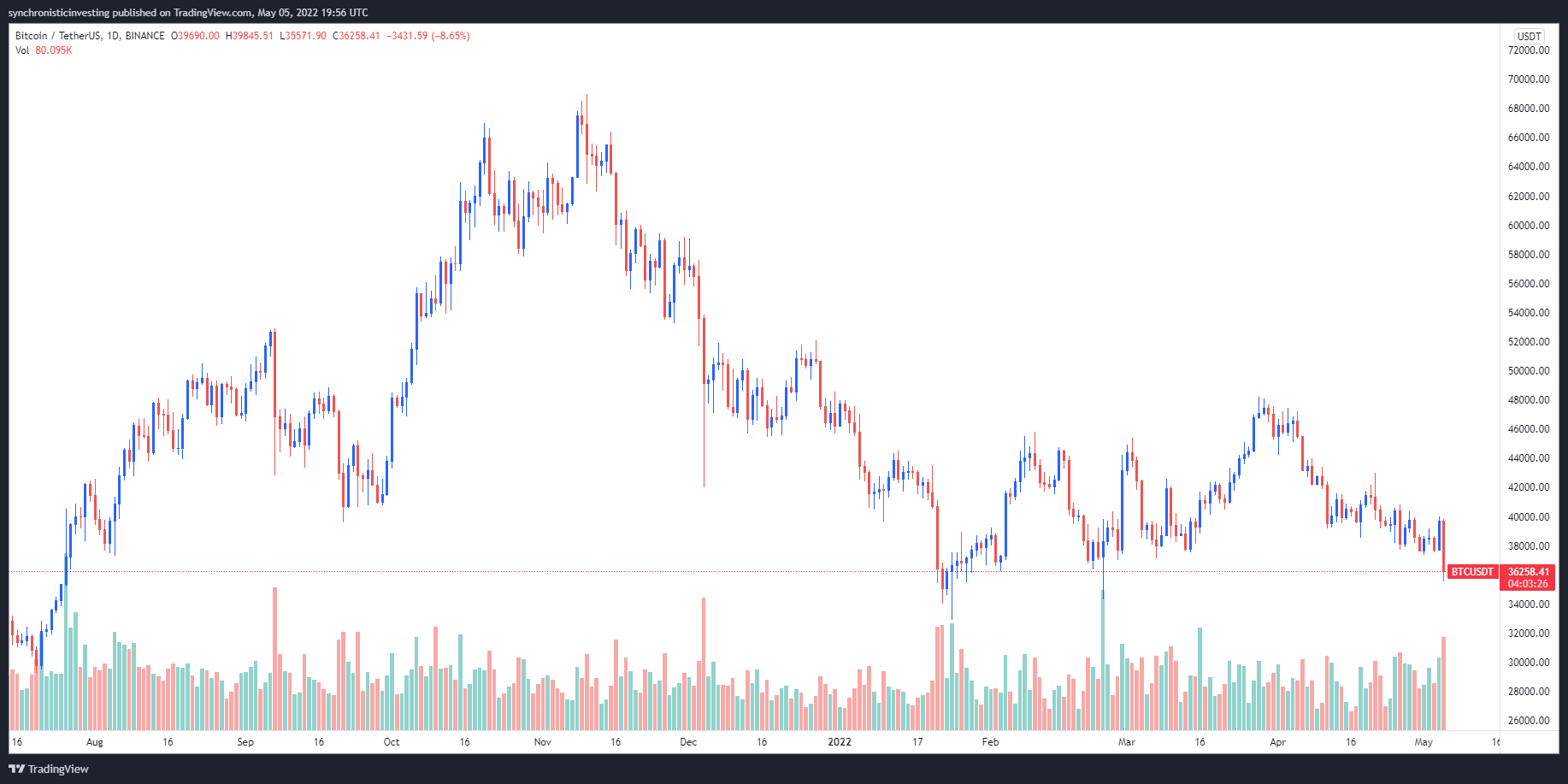 Global financial markets plunged into disarray on May 5 as the Dow Jones saw a 1,063 point drop and Bitcoin (BTC) price plummeted to $35,571 on Binance.

The widespread weakness comes as traders have had more time to digest the recent half-point interest rate hike by the Federal Reserve, the largest hike since 2000, which was done in an attempt to corral record high inflation.

Data from Cointelegraph Markets Pro and TradingView shows that the midday dump in the price of BTC coincided with a sell-off in the tech sector, which escalated into the close of the traditional markets.

Here’s a look at what market analysts are saying about May 5’s market rout and what levels Bitcoin price could drop to in the near term.

According to independent market analyst Michaël van de Poppe, the zone that defines bulls and bears is a close above or below $37,500.

Analysts say forget the daily and focus on the weekly

Insight into how Bitcoin is faring on the monthly chart was provided by market analyst and pseudonymous Twitter user Rekt Captial, who posted the following chart identifying $38,400 as the new resistance level for bulls.

“Wouldn’t be surprised to see volatility around red throughout May. Monthly Close above red is what’s most important to confirm a reclaim of red as support.”

Will whales hold the this key support level?

Data on how Bitcoin whales have been behaving during the recent market volatility was discussed by Whalemap, an on-chain data firm, which suggested that the “previous whale inflows at $46,551 were serving as an accurate resistance and a temporary mid-term top for Bitcoin’s range.”

“Now a similar resistance has appeared at $44,355 due to a similar sized whale wallet. This should be our mid-term resistance if BTC gets there.”