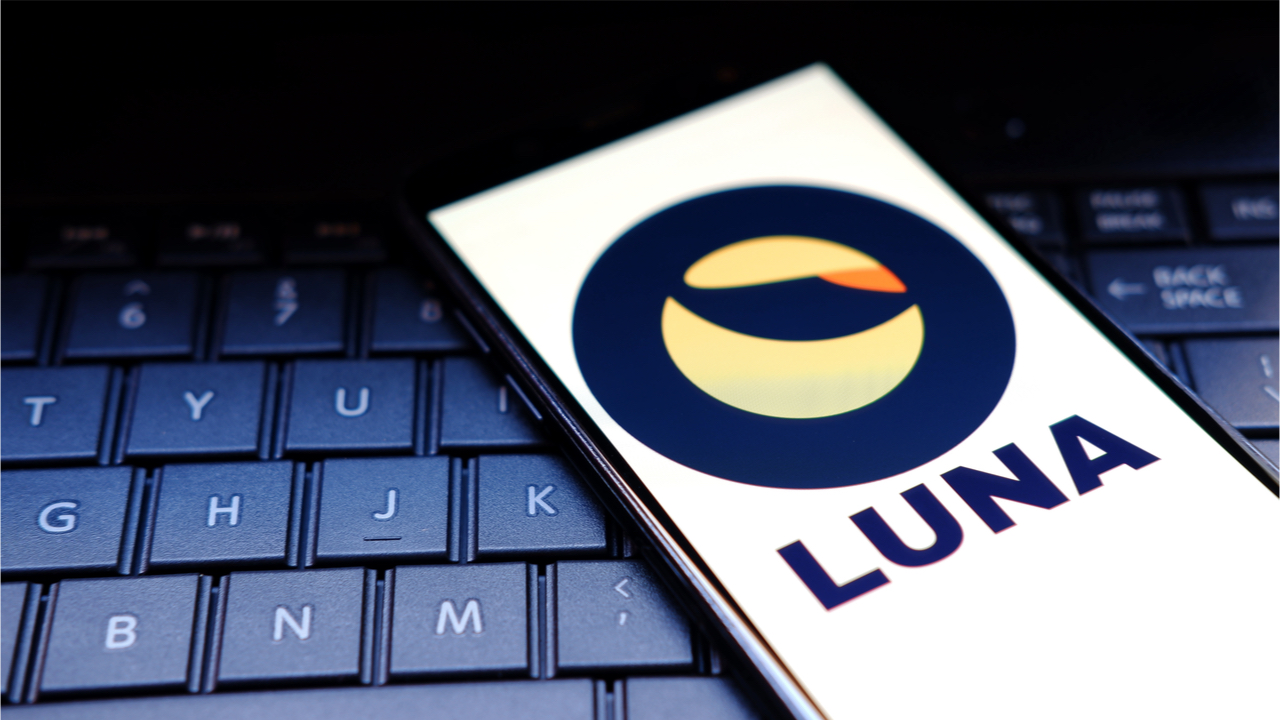 Following a few days of carnage, the two leading crypto assets built on top of the Terra blockchain have plummeted to significant lows. LUNA has dropped to $0.00000100 per coin and the once-stable coin terrausd (UST) hit a low of $0.044 per unit. After temporarily halting the Terra blockchain and restarting it, the team has once again halted block production at block height 7,607,789. The team restarted the chain again at 8:46 a.m. (ET) and disabled onchain swaps.

Five days ago people started to get concerned about the Terra-based stablecoin terrausd (UST) as a slight deviation from the $1 parity took place. At that time, rumors and speculation concerning Terra’s stablecoin failing started to spread like wildfire. However, the Terraform Labs co-founder Do Kwon shrugged it off as an “amusing morning” and said that Terra detractors were now “all poor.” Kwon continued to say that UST’s de-pegging at the time was no big deal, and the Terra community believed it as well.

So, is this $UST depeg in the room with us right now?

Then the decentralized exchange (dex) Curve Finance noticed that there was significant terrausd (UST) selling taking place on the trading platform. “Yesterday, someone started selling UST en masse, so it started to depeg,” the Curve Twitter account said. “However, that was met with a great resistance, so the peg was restored. To get enough USD for that, a lot of ETH and stETH were sold also.” The Terra team seemed to take things more seriously at this point and the Luna Foundation Guard (LFG) explained that it was loaning $1.5 billion in bitcoin (BTC) and terrausd (UST) to professional market makers to defend the peg.

UST De-Pegging Transforms Into a Nightmare for Terra, Lunatics, and the Project’s Investors

The community was a lot more shaken at this point, and Anchor Protocol started to see significant withdrawals. Anchor Protocol was once the third-largest decentralized finance (defi) protocol with close to $18 billion locked just before the chaos started. From May 5, up until today, Anchor’s total value locked (TVL) slipped from $18 billion to today’s $410 million. Another defi protocol that had exposure to Terra’s native token LUNA was the liquid staking application Lido. On May 6, Lido had more than $18.6 billion and today, Lido now has around $8.95 billion locked. 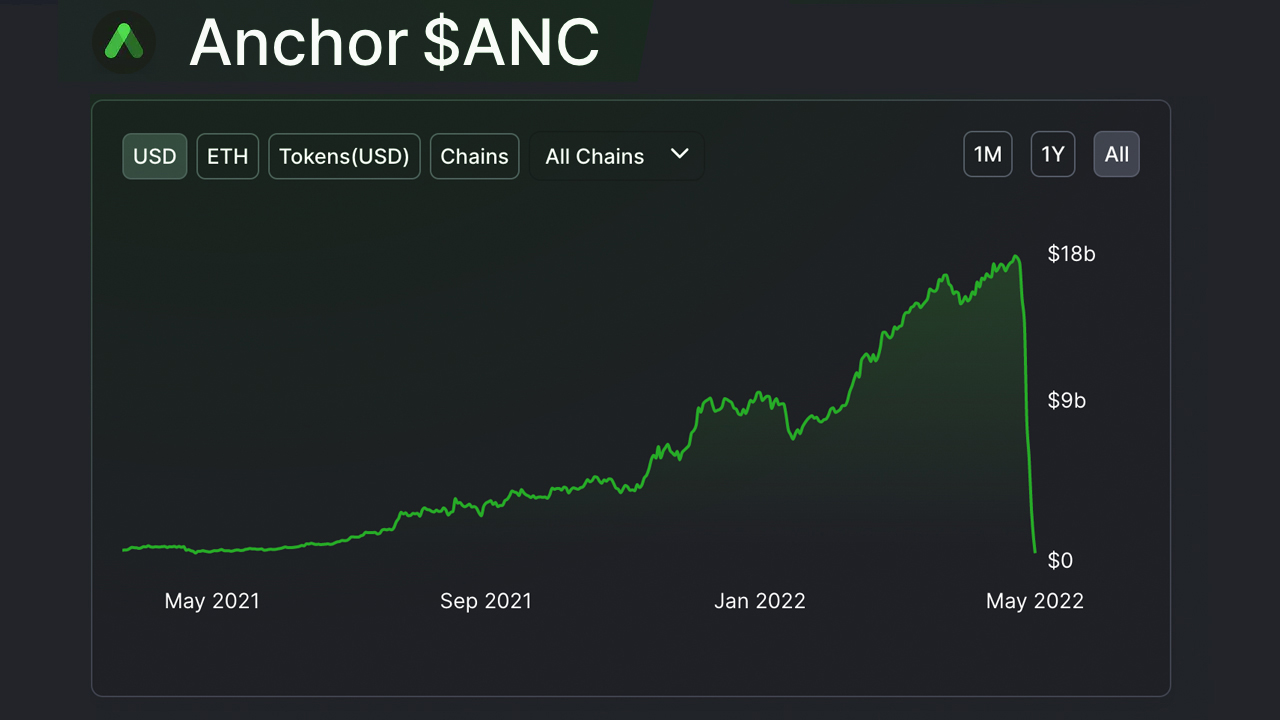 The once-stable token terrausd (UST) is currently changing hands for $0.094 per coin after reaching a high of $0.84 the day prior. UST sunk to a low of $0.044 per unit roughly 11 hours before writing this article. While many digital currency trading platforms had shut off Terra-based wallets, there are a few exchanges still allowing UST deposits. Presently, FTX is the most active UST exchange on Friday and the top trading pair with UST is tether (USDT). Tether represents 37.78% of all UST trades and is followed by BUSD (31.59%), USD (29.83%), EUR (0.46%), and USDC (0.29%).

Following the suspension of LUNA and UST on Binance, the trading platform’s founder Changpeng Zhao, commonly known as CZ, said he was disappointed in the Terra team.

“I am very disappointed with how this UST/LUNA incident was handled (or not handled) by the Terra team,” CZ tweeted on Friday. “We requested their team to restore the network, burn the extra minted LUNA, and recover the UST peg. So far, we have not gotten any positive response, or much response at all. This is in sharp contrast to Axie Infinity, where the team took accountability, had a plan, and were communicating with us proactively. And we helped.”

Binance book is empty. Never seen that before pic.twitter.com/ez4ZZT9sDR

On Thursday, the Terra team halted the blockchain and applied a patch to the codebase before restarting. After the team restarted the network, at 10:13 p.m. (ET) on Thursday evening, the team once again stopped block production. “The Terra blockchain has officially halted at block 7607789,” the team tweeted. “Terra Validators have halted the network to come up with a plan to reconstitute it.” Then at 8:46 a.m. (ET) on Friday morning, the team announced the chain was up and running again with some features disabled.

“The Terra blockchain has resumed block production,” the Terra team explained. “Validators have decided to disable on-chain swaps, and IBC channels are now closed. Users are encouraged to bridge off-chain assets, such as bETH, to their native chains. Note: Wormhole bridge is currently unavailable.” After the tweet, the team said the Wormhole bridge was available at 9:09 a.m. (ET).

Terra Community Contemplates Restoring a Snapshot of the Chain Prior to Attack, Every Terra Token Built on the Network Suffered Immense Losses

Furthermore, discussions about restarting the project have started to emerge, and a Terra advocate has been talking about taking a snapshot of the chain before the attack.

“The community is deciding on a new [Terra network], between restoring a snapshot prior to attack, removing TFL, fully collateralizing UST, and drafting [and] deliberating new mechanisms for LUNA. We must salvage the remaining value in the ecosystem [and] community and rebuild the right way,” the Terra advocate dubbed ‘Stablechen’ told his Twitter followers. In addition to LUNA and UST, tokens built on top of Terra have all suffered a great deal. The token anchor (ANC) has lost 93% against the USD this week, and orion money (ORION) lost 92.4% in seven days.

Do Kwon: “95% are going to die [coins], but there’s also entertainment in watching companies die too”

Moreover, Terra also had a number of tokens that represented specific fiat currencies like the Korean won (KRW). Terra’s terrakrw token has lost 84.4% in the last seven days, and the same can be said for Terra’s Australian dollar token. Terra even minted the IMF’s Special drawing rights (SDR) currency and synthetic stock tokens as well, using Mirror Finance. Every single token built on top of Terra’s blockchain has been shaken to the core and most are simply valueless. Presently, the web portal mirror.finance cannot be reached as the site is down, and there’s roughly $39.17 million locked into the application.

In a note sent to Bitcoin.com News, Dan Ashmore, the crypto data analyst at Invezz.com, explains that the Terra blockchain fallout brought a lot of pain and grief.

“This is a dark day for crypto,” Ashmore said in a statement. People have lost livelihoods, hundreds of platforms have gone belly up, and years of building vanished. College funds, life savings, leveraged gambles – there is a lot of pain out there. Regulators are watching, and this is undoubtedly a step back. Obviously, it is also a failure of the decentralised and uncollaterised stablecoin. A tremendous financial experiment has gone haywire and taken a big chunk of the market with it. Be safe.”