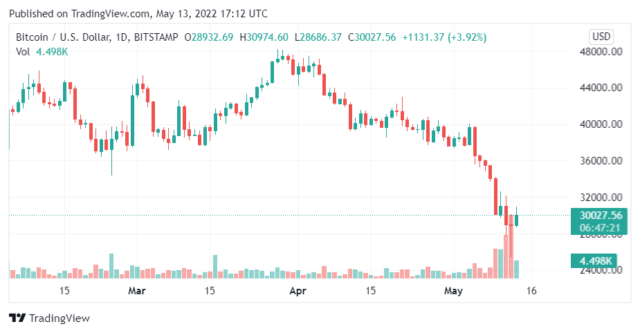 On May 10, 2022, the parliament of Norway voted against a proposed ban on Bitcoin mining in the country. This was good news for crypto miners, who were relieved at the decision.

Red Party (communist party of Norway) initially recommended a plan to restrict the Bitcoin mining activities in Norway in March 2022. However, the voting of the current week reversed the plan to ban crypto mining because the restriction on mining was just supported by left-leaning parties of Norway like the Red Party, Green Party, and Socialist Left Party.

Related Readings | Bitcoin Mining Ranked As One Of The World’s Most Sustainable Industries, Survey Shows

Jaran Mellerud, the Arcane Research analyst, described the situation as follows: “The vote these parties lost was against banning large-scale Bitcoin mining overall.”

Having lost this vote, these political parties will likely make one more attempt at increasing the power tax specifically for miners, which is now their only tool left in the toolbox for making life difficult for crypto miners.

The Bitcoin mining business witnessed remarkable growth in Norway, opposite the political parties’ attempts. The people of Norway have availed their Midnight Sun renewable energy sources benefits and succeeded in getting a 1% worldwide Bitcoin hash rate share.

Norwegian Mellerud described that “Bitcoin-hostile political parties in Norway have been trying to force crypto miners out of the country by implementing a higher power tax rate specifically for miners or even attempting to ban mining.”

Luckily, they haven’t been successful, and this decision by the government to not ban bitcoin mining should be the latest nail in the coffin for their attempts to get rid of the industry.

Factors Behind Bitcoin Mining In Norway

Norway is the best place for Bitcoin mining ventures due to its low-cost hydropower production. As per information, hydropower constitutes 88% shares of the energy output in Norway, which is quite a low cost and very beneficial for crypto miners. On the other hand, wind power has a 10% share, and the other sources have just a 2% share in power production in Norway.

Related Readings | What Is Behind Norway’s Booming Bitcoin And Crypto Interest?

ordinary households, companies and the public sector pay an electricity tax of 15.41 øre ($0.015) per kilowatt-hour,” however, in some cases the “mining industry has a reduced electricity tax.

As per the Mellerud findings, there are rare chances of raising the power taxation charges, particularly for the mining business. Bitcoin slowly but surely continues to take hold of the Norwegian financial landscape as retail interest grows and TradFi companies dip their toes into Bitcoin investments.