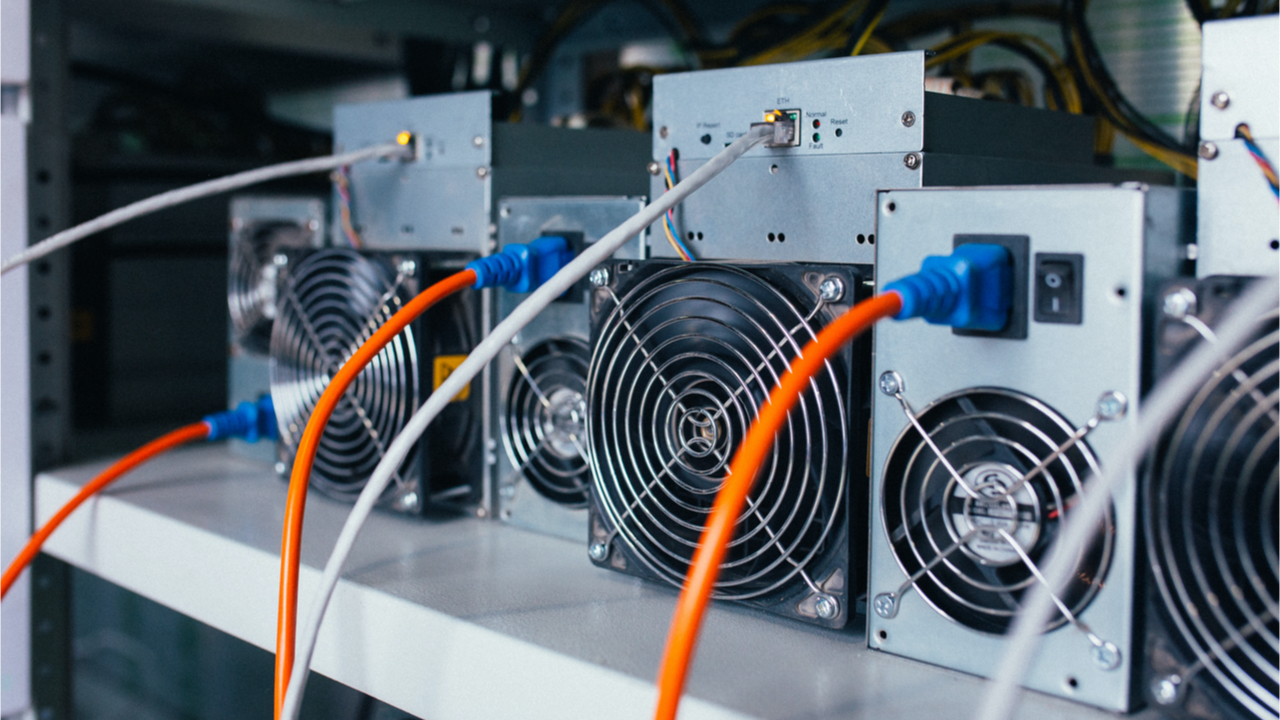 Amid the Terra blockchain meltdown, Bitcoin’s hashrate has been well above the 200 exahash per second range, at 212 EH/s at the time of writing. Bitcoin’s hashpower has remained high after reaching an all-time high on May 02, at block height 734,577. Moreover, while bitcoin miners continue to search for blocks, the network recorded another difficulty increase following the last hike on May 10, at block height 735,840.

Over the last 12 months, Bitcoin’s hashrate has continued to proliferate, reaching a number of all-time highs this past year. The most recent all-time high took place on May 02, 2022, at block height 734,577, which saw the hashrate tap 275.01 EH/s.

Currently, the hashrate continues to remain elevated at 212 EH/s, despite the fact that $350 billion was erased from the crypto economy in seven days according to Into the Block’s weekly key metrics. While BTC’s price is down, the network also saw a 4.89% difficulty increase at block height 735,840. 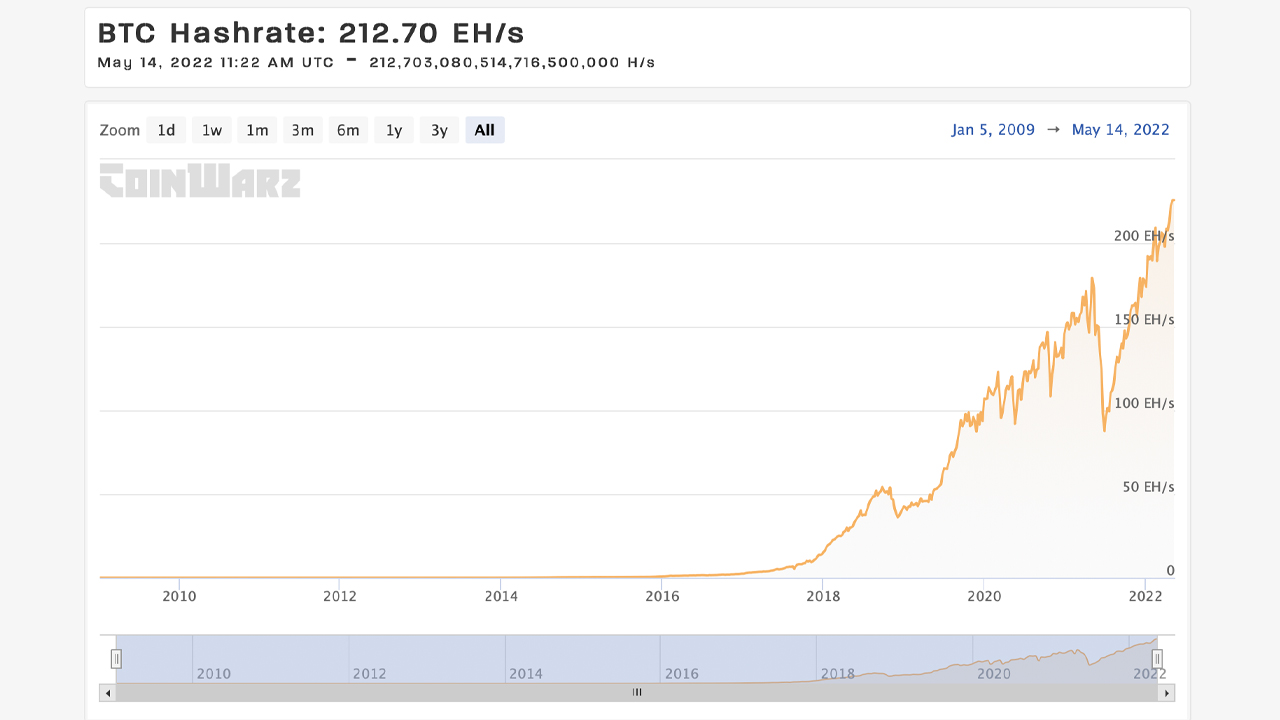 Over the last two difficulty adjustment algorithm (DAA) changes, the network’s difficulty has increased by 10.45% in four weeks’ time. With the difficulty at 31.25 trillion, it is the most difficult it has ever been to mine bitcoin (BTC). In nine days, the DAA is expected to increase again by an estimated 0.72%. With the price down, BTC miners are seeing much smaller profits than two weeks ago.

During the past seven days, 1,035 blocks were mined on the Bitcoin blockchain and three of the blocks were empty blocks. Foundry USA is this week’s top miner as the pool found 211 blocks out of the 1,035. Foundry commands 20.39% of the global hashrate, or 45.75 EH/s in terms of hashpower. Foundry is followed by F2pool, a mining operation that currently commands 14.49% of the global processing power dedicated to the Bitcoin network.

F2pool has 32.52 EH/s of hashpower dedicated to the network and the pool found 150 blocks out of the 1,035 found this past week. There are 15 known pools today dedicating SHA256 hashpower toward the BTC chain and around 1.16% of the global hashrate is owned by unknown miners. Unknown mining entities or stealth miners command 2.6 EH/s and have captured 12 blocks out of the 1,035 found this week.

While it’s been a crazy week in crypto, Bitcoin miners continue to do what they do best, which is continuously working to find as many blocks as possible. Today, BTC prices are much lower than they were two weeks ago, and the difficulty increase makes it harder than ever to find a BTC block. In the face of these factors, the network hashrate remains high and BTC is far more secure than it has ever been during the last 13 years.