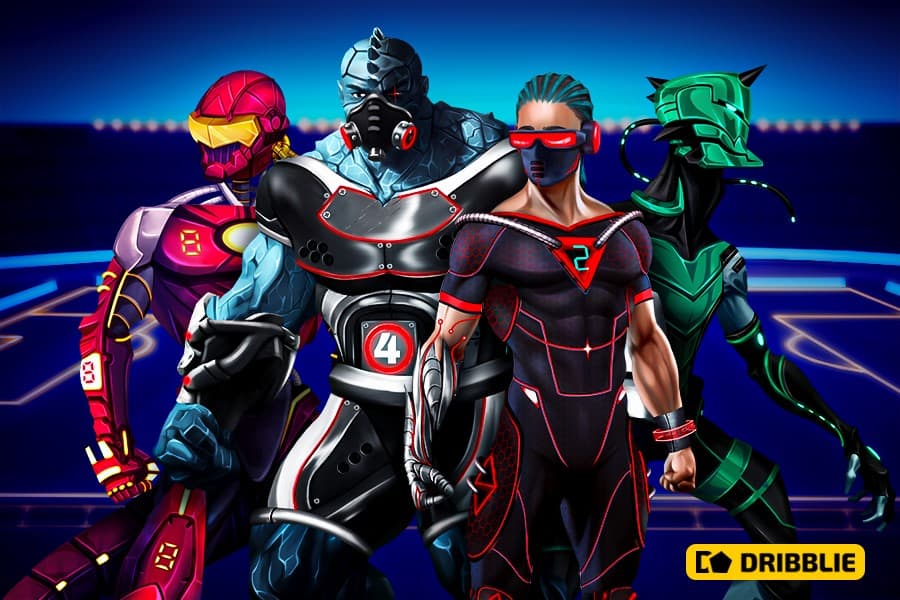 Blockchain technology is poised to disrupt multiple industries, and in more recent times, it is revolutionizing the gaming market. Blockchain gaming is fast becoming the norm as developers continue to create new games with the best graphics, captivating storylines, and immersive gameplay.

The most interesting part of all is that gamers can earn monetary rewards in the form of digital assets such as cryptocurrencies and non-fungible tokens (NFTs) during gameplay. This concept of earning while gaming is called play-to-earn (P2E). The integration of P2E and NFTs into games has changed in-game asset ownership and improved the entire gaming economy.

But while there is a long list of blockchain games that cover genres such as adventures, action, puzzles, and many more, only a few P2E game options are available for football lovers who wish to manage their own team.

Interestingly, Dribblie has launched an immersive game that allows players to own, manage, and lead their football team to victory.

Dribblie is a community-driven, blockchain-based play-to-earn game where players get to own and manage a virtual football team, compete with other participants from around the world, and earn while doing all this.

It is a football manager simulator that allows players to build a strong squad and strengthen their skills by playing division or cup matches.

The game is designed by a team of business developers, game developers, blockchain experts, and football lovers with more than 10 years of experience in their various industries. Their vision is to decentralize the existing gaming industry by creating a game that is focused on team engagement. And what better way to do that than through football?

How Does it Work?

The game is set on a virtual planet called Dribblie, which has an abundance of Quasar crystal, a core resource that provides unlimited power. Warriors from four different species – Titans, Aliens, Robots, and Humanoids – fought ruthlessly to gain control over the crystals.

The war ended when the four species unanimously agreed to find a more peaceful method to distribute the crystals. They decided to play football and reward winners with Quasar.

This decision brought peace as the species started collaborating to gather crystals and leverage their skills, intelligence, and aggression into the game. The managers, gamers, are tasked with the responsibility of creating, managing and challenging others for the Quasar crystals.

Gamers own stadiums, players, and other in-game assets that possess real-world value. Therefore, users can monetize their gaming skills in several ways.

Every character and resource on the Dribblie planet is minted as NFTs to encourage a democratic and transparent ecosystem. There will only be 10,000 Dribblies NFTs in the ecosystem, with 9,800 minted and the remaining 200 used for giveaways.

The Dribblie team intends to distribute the NFTs to the first generation of players via presale and private sale modes. Once the NFTs have been distributed, players can compete in matches and challenges to win prizes.

Dribblie features a functioning economy that uses a variety of strategies to help players earn during gameplay. Gamers can win prizes by winning or drawing matches and quests every day, winning trophies and league cups to earn cash prizes and new digital assets.

Players train their young players to increase their value on the Dribblie marketplace. NFT holders can also rent them out and obtain periodic rewards from borrowers.

Players will gain access to Dribblie’s NFT marketplace, where they can sell their groomed players. Gamers can also buy NFTs, stadiums, and other in-game assets in the marketplace.

Players can stake managers into the game’s Youth Academy to generate new, young, and skilled players. Breeding these new players fetches gamers more profit when they are listed and sold on the marketplace.

Dribblie plans to create a decentralized autonomous organization (DAO) made up of the first members to purchase its NFTs. This ensures greater transparency and decentralization as they will have the ability to influence not only their teams but also the whole project.

The game is designed in such a way that every digital asset in the ecosystem is deflationary. This means that the value of the remaining assets will increase over time due to the unique burning and staking mechanism put in place.