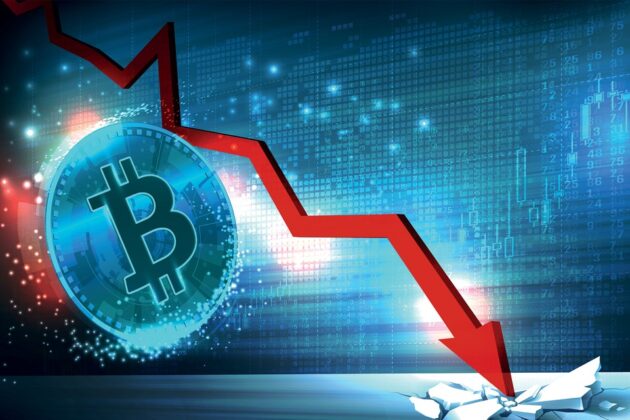 Prince Charles spoke on behalf of the Queen of England (citing health reasons) at the House of Lords last week, outlining her government’s legislative priorities and listing the measures it intends to present to members of parliament.

One of the emphasis was on cryptocurrencies during the Queen’s annual address to the British Parliament, as the country’s cryptocurrency sector braces for significant legislation in the coming months.

The address comprised 38 bills that ministers anticipate will be signed into law before the start of the following year, spanning from justice and security to education, health, and infrastructure.

Stablecoins On The Radar

Crypto and stablecoins have been at the crosshairs of the United Kingdom.

In January of last year, Her Majesty’s Treasury launched a consultation on the proposed UK approach to crypto-assets and stablecoins, including a proposal to bring stablecoins under the regulatory jurisdiction of the Kingdom.

Despite this week’s crypto market disaster, HM Treasury moves ahead with similar ideas days after the Queen’s Speech.

Last month, John Glen, economic secretary of the Treasury, declared that the British government would implement “a world-leading regulatory regime for stablecoins.”

Treasury chancellor Rishi Sunak stated that the government will “guarantee the UK financial services industry remains at the forefront of technology and innovation.”

UK Unfazed By Chaos In The Crypto Market

The two officials’ proposals come at a time when cryptocurrency markets are in disarray after TerraUSD, a “algorithmic” stablecoin tethered to the US dollar, plummeted below $1 this week, triggering a massive sell-off in other cryptocurrencies.

In the past week, the entire value of all cryptocurrencies fell by more than $300 billion, and the market has reached its lowest point in almost a year.

Terra’s worth was tied to a distinct coin called LUNA, and software was utilized to maintain its price. Last week, when faith in the system crumbled, its price crashed.

As this developed, US Treasury Secretary Janet Yellen urged Congress to approve federal regulation of stablecoins.

Meanwhile, a UK Treasury representative revealed that legislation to regulate stablecoins, when used as a means of payment, will be included in the Financial Services and Markets Bill, which was unveiled in Her Majesty’s Speech.

Proponents claim that stablecoins will make payments more efficient and safe while reducing transaction fees, such as those for cross-border transactions.

Bill To Contain Crypto’s Illicit Use

The bill also appears to seek to “combat” the illegal use of cryptocurrency.

According to Prince Charles:

“A measure will be introduced to significantly bolster authorities to contain illegal funding, minimize economic crime, and support commercial growth. There will be measures adopted to assist the security services in protecting the United Kingdom.”

The UK government has also confirmed that it will hold a consultation later this year on regulating a broader set of crypto activities, including cryptocurrency trading using Bitcoin and Ether.

As part of its efforts to become a “global leader” in the cryptocurrency industry, the government declared last week its intention to create its own non-fungible token (NFT).

In his remarks during a London fintech event, Glen said that Sunak has asked the Royal Mint, the government-owned institution responsible for minting UK coins, to develop and issue the NFT “before the summer.”