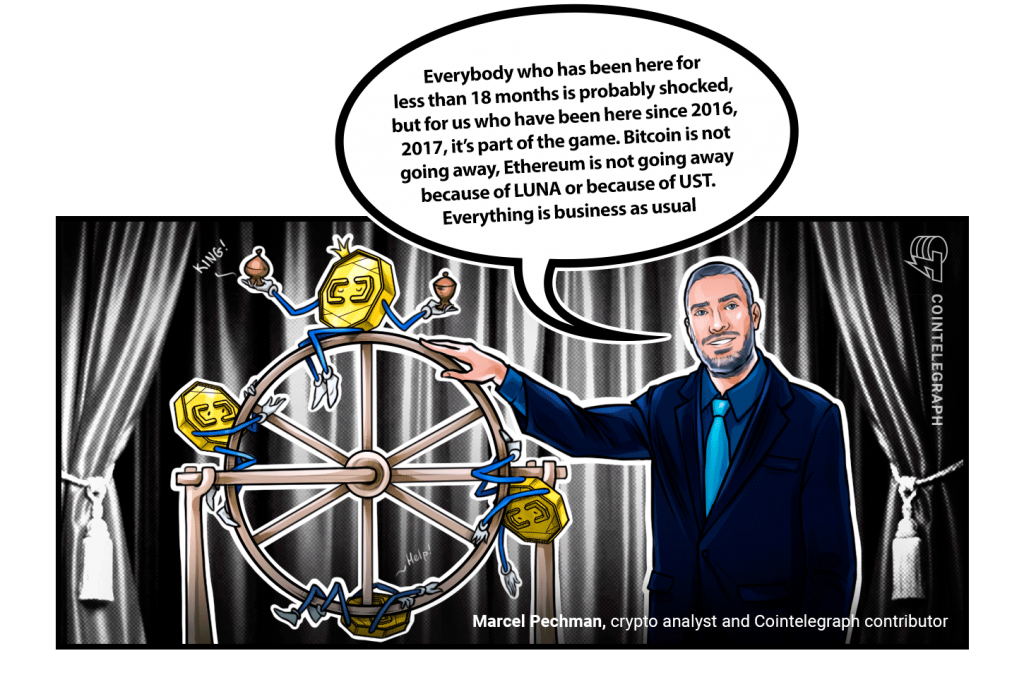 Coming every Saturday, Hodler’s Digest will help you track every single important news story that happened this week. The best (and worst) quotes, adoption and regulation highlights, leading coins, predictions and much more — a week on Cointelegraph in one link.

This week, news about the Terra ecosystem dominated the headlines after algorithmic stablecoin TerraUSD (UST) lost its peg to the U.S. dollar — and continued to crash.

At its lowest point during the week, UST fell to around $0.13, according to CoinMarketCap. The meltdown also affected LUNA due to its symbiotic relationship with its sister asset. After reaching a high of $120 in early April, LUNA’s value plummeted this week to basically zero.

Do Kwon, CEO of Terraform Labs, looked to impliment certain measures to right the sinking ship, as per Cointelegraph’s reporting on Thursday. Subsequent reporting showed that the Terra blockchain halted operations briefly after LUNA’s hyperinflation significantly reduced the cost of a governance attack on the network.

South Korea plans to govern crypto assets with a new set of laws intended to come into play by 2024, according to a leaked government document. Although verified as valid, the leaked document is not a finalized plan.

Led by the administration of President Yoon Suk-yeol, the new crypto regulations pertain to several categories, including NFTs.

Meta will test digital collectibles on Instagram starting this week

Earlier this week, Meta said it intends to experiment with NFTs on Instagram by allowing digital collectibles to be used as profile pictures. The decision came directly from CEO Mark Zuckerberg.

Adding NFTs to Instagram serves as a precursor to bringing digital collectibles to Facebook and other Meta entities, Zuckerberg said. Other social media platforms, such as Twitter, have already moved toward offering NFTs as profile pictures.

Since March of this year, FTX CEO Sam Bankman-Fried has been buying shares of popular trading app Robinhood, concluding his purchasing this past week. In total, Bankman-Fried picked up $648 million in Robinhood stock, equating to a 7.6% company stake. The FTX CEO’s average price per share was $11.52.

The topic of central bank digital currencies (CBDCs) has become increasingly common. A recent working paper from the European Central Bank gave the latest update on where the monetary authority stands on the matter. According to the central bank, a CBDC with anonymity features could streamline payments while also enabling merchants to prevent banks from extracting information about their payment flows.

Meanwhile, Europeans have apparently come out against CBDCs. “Slavecoin” is the term some online commentators have used to describe CBDCs. The backlash has steadily flowed in following the April 5 launch of a digital euro consultation which, in part, allows the public to weigh in on the issue via online comments. 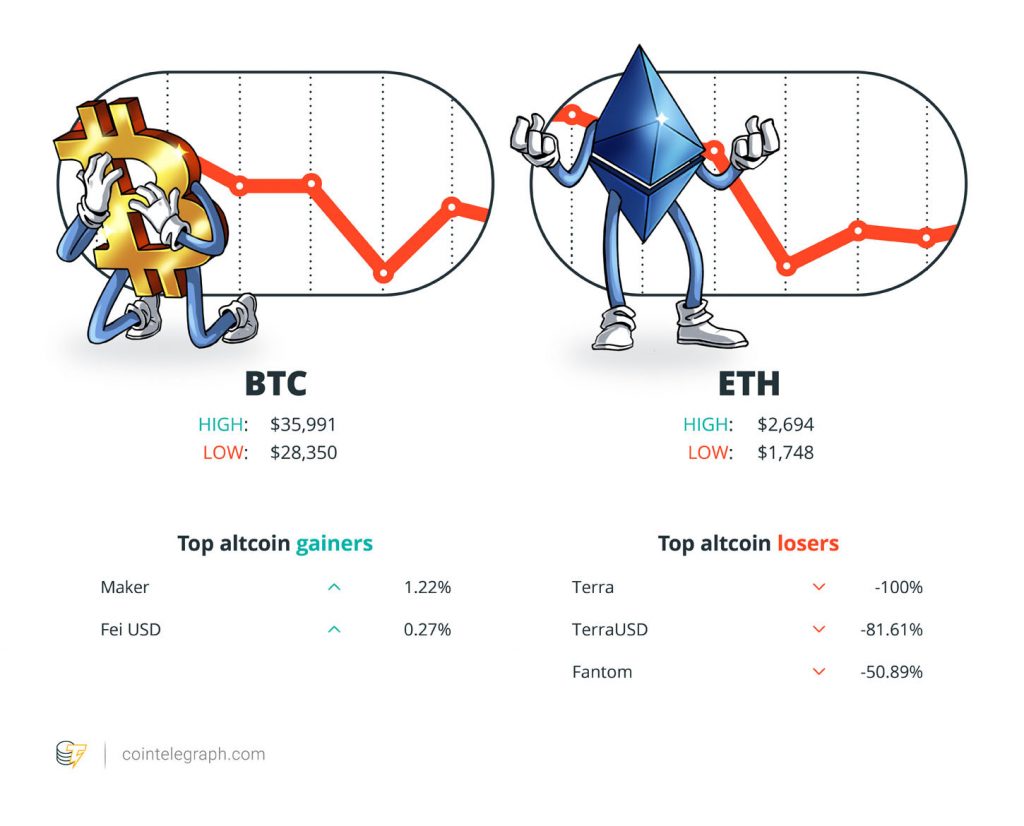 For more info on crypto prices, make sure to read Cointelegraph’s market analysis.

“When it comes to mass adoption, it’s really about comparing what blockchain technology can bring to users through existing solutions.”

“In most places in the free world and in democracies, crypto is going to eventually be regulated and legal. […] And the way that we push the conversation forward is by taking action.”

“If platforms — whether in the decentralized or centralized finance space — offer security-based swaps, they are implicated by the securities laws and must work within our securities regime.”

Prediction of the Week

Bitcoin is coming off a highly volatile week, briefly falling below $27,000 at one point, according to Cointelegraph’s BTC price index. Although the asset subsequently rallied above $30,000, BTC may not be out of the woods yet in terms of a larger scale macro bottom.

In presenting his case, Twitter user Material Indicators noted: “IMO, the macro bottom is not in yet.”

Other market evaluations included one from former BitMEX CEO Arthur Hayes, who said in a May 12 blog post: “The crypto capital markets must be allowed time to heal after the bloodletting concludes.” He continued with other comments, noting certain price levels he is watching for BTC and ETH.

FUD of the Week 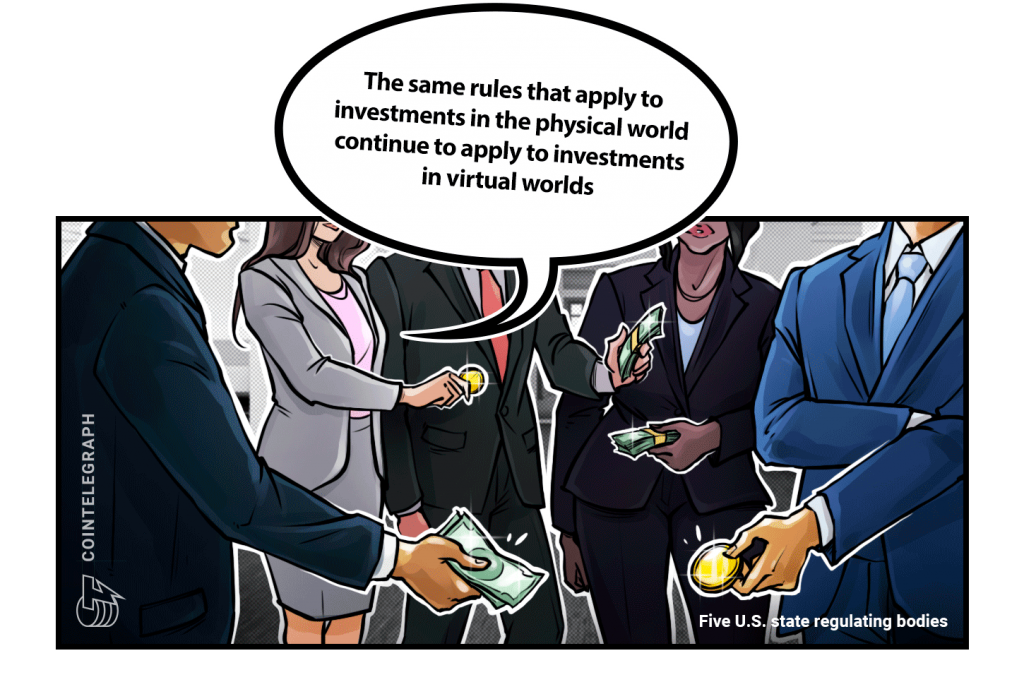 Crypto investment firm Galaxy Digital Holdings recently published its results for Q1 2022. The firm posted a net comprehensive loss of approximately $112 million during the quarter, a considerable change of pace from its roughly $858 million profits during Q1 2021. The company’s results mirror the significant shift in market sentiment for crypto assets over the past 12 months.

‘Mortified’ crypto trader gets 42 months for fraud, claiming he was a total gun

A New York court dealt Jeremy Spence, known under the pseudonym “Coin Signals,” a 42-month jail sentence for running a Ponzi scheme. The scheme involved making false assertions about his crypto-trading profits, taking money from investors and then paying out older investors with money from newer ones. The court ruling also included other terms of the sentence.

Amid the turmoil surrounding LUNA and UST, Binance decided to suspend spot trading for the UST/BUSD and LUNA/BUSD trading pairs. UST and LUNA withdrawals were temporarily halted by Binance earlier in the week. Binance Futures has also adjusted certain LUNA-related trading features. 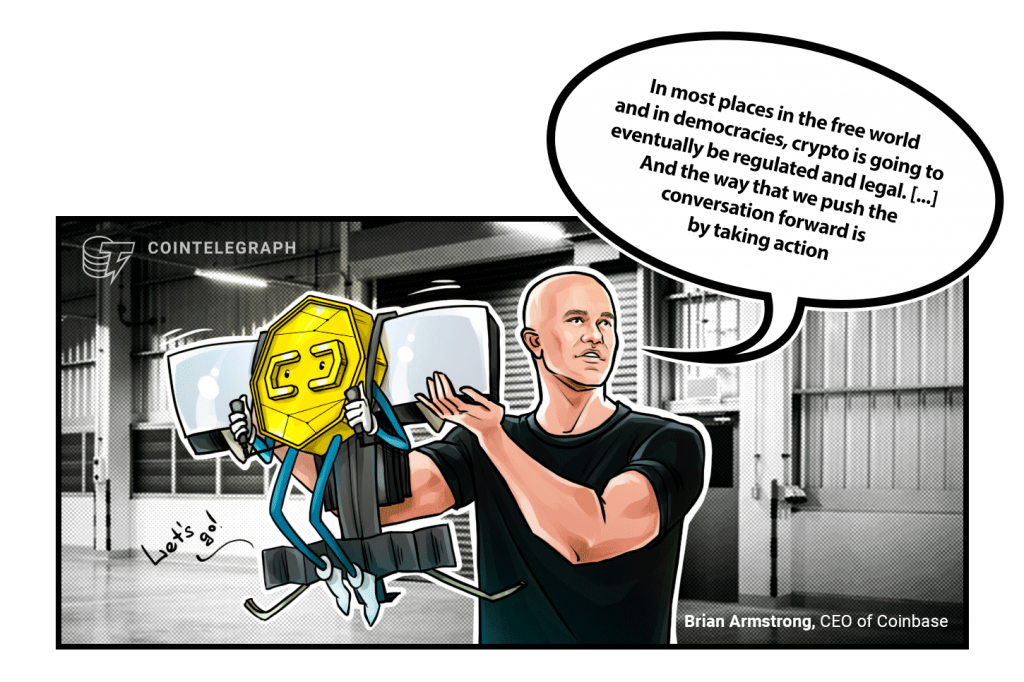 Bitcoin 2022 — Will the real maximalists please stand up?

“The attack is cryptocurrency. That’s the fucking attack.”

Can Solana become the dominant PoS chain despite persistent outages?

The Solana network seems to be battling persistent outages while seeking to address the industry’s blockchain trilemma.

The downfall of Terra calls into question the real-world utility and long-term viability of algorithmic stablecoins.